The small community of Loni in District Ghaziabad in the recent few years has been extended as the Tronica City for the comprehensive urbanization of the areas adjoining the city. The pioneer of this initiative is the U. P. State Industrial Development Corporation Ltd, the entire zone of Tronica City being comprised of both the industrial and residential sectors that are linked extensively to all the important nearby destinations of Delhi NCR. 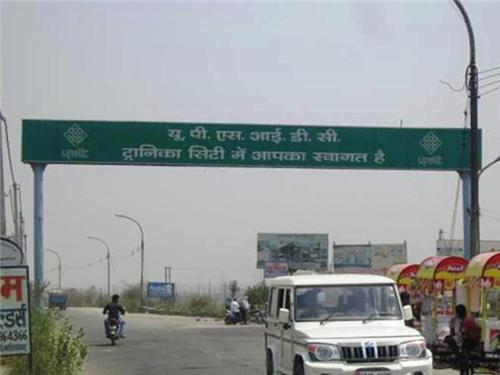 The city of Loni has great potentials of contributing to the industrial development of the state of Uttar Pradesh, which became apparent near about two decades ago and the project of Tronica City was envisioned within 20 kms of New Delhi Railway Station, 12 kms of the ISBT Kashmiri Gate and 2 kms of the Delhi Border. The airport nearest to Tronica City is the Indira Gandhi International Airport, which is positioned at about 35 km from Loni. This plush locality of Loni is about to be linked widely to destinations far and near with the opening of the Sonia Vihar Road, a broad network of 4 roadways, as well as with the inauguration of the nearby Signature Bridge and expansion of the Yamunotri Expressway. The Khajuri Pushta Road, which starts running along the Wazirabad Bridge, and the Loni Bagpat Road are the primary roadways that connect different parts of Loni to places near and distant.

Tronica City is a sprawling area of Loni that has been sectioned into a wide number of plots, each being designed for a different intention altogether. These plots include commercial, residential, industrial, institutional, private and group housing schemes. There are a total of about 12 residential plots at Tronica City, all projects being comprised within an area of 2000 acres, which also contains beautiful expanses of lush greeneries along with a well-maintained central park. The UPSIDC is still working on the possession and 1000 acres of property will be added shortly to the total area covered by Tronica City. All the state-of-the-art facilities, which make contemporary living the most comfortable and uncomplicated one, are situated at most prime locations of this well-developed area of Loni. All these updated facilities are easily accessible from all parts of Tronica City, the area being also known widely for its sound infrastructural elements that also include an uninterrupted flow of electricity.

An approximate of 750 projects has already been completed in Tronica City and several other projects are yet to be finished in accordance with the requirement. The residential sector included in this locality of Loni presently features 300 residential units and the real estate developers are also about to come up with a wide number of sky-scraping units. The planned design of the entire zone of Tronica City charms all visiting it.

Explore more about Localities and Areas in Loni