Rich in mythical and historical legends of the past, the city of Loni in District Ghaziabad is a popular seat of modern attractions as well. Accessible conveniently from New Delhi and the most enviable locations in Uttar Pradesh and Delhi NCR, the flourishing community of Loni is worth a visit for the tourists on their trip to Uttar Pradesh. People interested genuinely in exploring the rich cultural and traditional heritage of Loni do not wish to miss a short yet exciting tour. 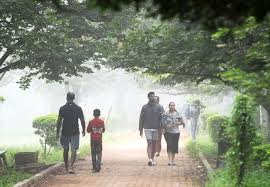 Places to visit in Loni

Here are some places where one can visit on a trip to Loni.

Significance of Loni as a major tourist spot in Ghaziabad lays much on its importance as a famous historical site, though it is home to various recent attractions also. Several legends are linked to the fort in Loni, ruins of which remain even today. As a mythological story of Ramayana goes, the Loni fort was the place where Shatrughna, Lord Ram’s brother, slay the demon Lavansura. The name of the city Loni is also believed to be having an ancient origin when king Lonnkaran built a fort at this location and his empire begun to be known as Loni. It is thought that the fort was ruined by the invasion of Muhammad Shah in 1789, the signs of which are present till day.

Other prime historical attractions in Loni include the three beautiful orchards that belonged to the Mughal era. Zinat Mahal created two of these orchards, which were named Uldipur and Kharanji Bagh. Zinat Mahal was the wife of Bahadur Shah, the famous Mughal ruler. During the 1857 Uprising, these orchards were taken over by other people and Shaikh Ilahi Baksh became the owner of these after some time. The 500-year-old Ranap is the third orchard in Loni famous as Abadi Bagh Ranap. Other historic attractions in Loni comprise of the Shiva Temple and two ancient mosques that are considered to be more than a century old.

Loni is home to various religious spots, which include the Khatu Shyam Baba Temple, the Prachin Hanuman Temple, the Loni Hanuman Mandir, the Mokshdhaam Temple, the Lal Bagh Ashram and the Indirapuri Gurudwara. Tourist attractions in Loni not only comprise of the historic religious places here but also of the latest marvels of today, like the state-of-the-art movie halls and luxurious shopping malls in and around Loni. The Tronica City of Loni is home to one of the most favorite hangouts of the local people here, known as the April Park. 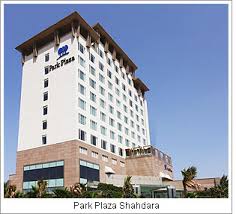 Ranging from luxurious to budget and from low cost to moderate, various popular hotels are situated in and around the city of Loni making the leisure trips of the holidaymakers here pleasant enough. The famous hotels nearby the Loni village include the Park Plaza East Delhi, Country Inn & Suites By Carlson, Radisson Blu Hotel Ghaziabad, Hotel XS Residency, Ginger Hotel East Delhi and Wood Apple Residency East Delhi.

The winter months are the best time to visit Loni with the weather remaining really charming during this time of the year. The monsoons are also truly pleasant in Loni as occasional rainfalls help to keep the temperature low enough and the soft cool breezes add to the charm of the season.