Business and Economy of Loni

It had been a couple of years from the time since the Ghaziabad Development Authority has started coming up with its initiatives to turn Loni and rest of the areas in District Ghaziabad a striking example of the cosmopolitan life, be it infrastructure or be it industry, be it business or be it economy. A Rupees 1,700 crore metro project, which would extend out to three different directions and a Rs 440 crore project for an elevated highway that would link NH 24 to the Wazirabad Road and NH 58 close to Dasna, are in full swing. The three metro links that would connect Loni to most of the important destinations in the Delhi NCR, would be joining Shiv Vihar to Yamuna Vihar, Indirapuram to Noida Sector 62 and New Bus Stand to Dilshad Garden. The Rs 38-crore Yamuna Vihar metro link has been planned to be ready by 2016 and the Rs 1590 crore Dilshad Garden metro route has been supposed to be ready by 2017. 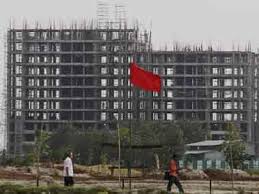 The service industry and the industries associated with Information Technology and its related areas are being primarily concentrated upon by the Ghaziabad Development Authority with the sole purpose of enhancing the industry-based economy of Loni and its adjoining areas. In order to promote business and contribute to the economy of Loni, a 100-acre land had also been obtained by the Ghaziabad Development Authority in 2012 for the construction of residential buildings as part of the Koyal Enclave, a residential colony in Loni. This would be able to provide housing facilities to around 25,000 people. This residential quarter in Loni along with the other completed and upcoming residential colonies here, which include the Tronica City, DLF Ankur Vihar, Rameshwar Park and Lal Bagh is drawing aspirant job searchers from all across the country. The Chief Executive Officer of Ramaprastha Promoters and Developers, Mr. Nikhil Jain had commented that Loni has the prospective to be developed into a premier business hub, yet to be utilised to the fullest.

IT Industry in Loni 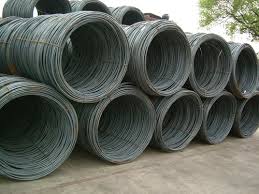 Construction materials at extremely affordable price are available at Loni due to the presence of an extensive number of kilns being positioned here.

The topmost online florist of India FNGstore.com has its primary business setup in Loni at DLF Ankur Vihar and FNGstore.com runs its nationwide business from its base at Loni.

The international brand of socks - Bonjour, which is the best across the globe, has its manufacturing unit situated at Loni.

One of the topmost manufacturing companies in India for soldering hose pipes and cables, CEECABB cables has its industrial business setup in Loni.

The production unit of the most popular brand of antiseptic cream, Boroplus, is located within the Loni Industrial Area.