The Lok Sabha Constituency of Ghaziabad, which embraces the Loni Assembly is the primary administrative body in Loni. The city is an independent assembly constituency. The Nagar Palika Parisad in Loni is an integral wing of Loni administration and the city of Loni is about to be included as a tehsil in Ghaziabad. The seat of administration for this tehsil will be located in the Roopnagar Industrial Area. The Loni tehsil will include 49 villages as an Assembly Constituency. 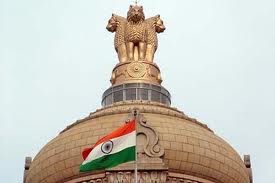 Presently a part of the Meerut Division, the city of Loni will be included as a tehsil of District Ghaziabad positioned 17 kilometers away in the west of the administrative capital of Ghaziabad. The Loni tehsil will be the prime seat of governance for the convenience of the local people here. The Loni tehsil will also look after the land revenue system of each of the parliamentary constituencies of Loni.