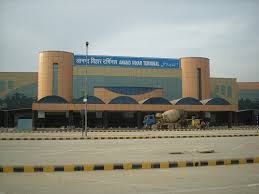 Although known to be a historically famous site in Uttar Pradesh, Loni is a premium destination of contemporary living as well. Located near New Delhi, the town of Loni is known to be one of the fastest growing areas in the District Ghaziabad of Uttar Pradesh. Easily reached from all major locations in and around the city and also accessible from the other distant parts of the state, Loni is identified to be a place not only flourishing as a prime industrial hub but also to be a famous tourist spot in the Ghaziabad District of Uttar Pradesh with its several popular tourist attractions in and near the city.

Loni is a part of the National Capital Region, positioned within short distances from the Anand Vihar Terminal railway station, the ISBT at Kashmiri Gate and the Shahdara Metro Station. The Indira Gandhi International Airport of Delhi NCR is located within just 35 km from the city of Loni, which is also the future home to the Johari Enclave metro station. Loni is, thus, well connected to all towns and areas in the Ghaziabad District and also to the best locations in Delhi.

A Brief History of Loni

History and mythology both contribute to the emergence of the city Loni and the District Ghaziabad. The area had been the ancient seat of warfare between the Kot Dynasty and the Gupta Dynasty during the 4th century BCE. The Loni fort here was known to have its association with the mythological character of Lavanasura of the epic poem Ramayana. This historic fort had also been home to the great rulers of the Slave Dynasty, the district of Ghaziabad being the sovereignty of the Slave Dynasty at that time.

Raised over a height of about 283 metres above the sea level, the city of Loni is positioned along the coordinates of 28.75 N and 77.28 E. The Ghaziabad Development Authority administers the local housing development schemes here with a wide number of urbanized colonies being located in and around the city of Loni. These GDA approved plush residential areas in Loni happen to be the finest options of modern and comfortable living here. Some of these luxurious colonies in Loni are the DLF Ankur Vihar, the Gulab Vatika, the Laxmi Garden and the Rameshwar Park. One of the earliest and biggest residential colonies in Loni is the Indrapuri Colony. The latest range of all modern conveniences is available within short distance from each of these residential quarters in Loni. The wide expanses of Tronica City adjoining the main city area of Loni are segregated into several zones for industrial, residential, corporate and other utilitarian purposes – a perfectly defined region for updated living.

Read More about Geography of Loni

Various religious spots as well as several modern attractions in Loni make it an ideal tourist destination in Ghaziabad. The religious places here include the numerous temples and the recent options for entertainment in Loni comprise of the contemporary venues for shopping, movie-watching and other recreational hubs. Some of the most famous places to visit in Loni are -

The local markets in Loni, such as the Giri Market, Dharampal Market, Budh Bazaar and Main Bazaar in Rajdhani Enclave, are home to many shops and stores that sell varieties of products and services needed by the citizens here. Ranging from grocery shops to mobile stores and from vegetable stores to daily stationaries, all are available at the local shops of Loni, and thus make shopping in Loni unfussy and easy for the people of Loni.

Entertainment and Nightlife in Loni

The cinema halls of Loni, which are several, are the most popular venues of entertainment and nightlife in the city. Apart from movie theatres in Loni, the local hangouts also serve as some of the most favorite destinations of entertainment for the local people here. The movie halls in Loni are –

People in Loni remain involved with the celebrations of a number of religious festivals and ceremonies with vigor and zeal, these celebrations being integral to the tradition and culture here. The temples and other religious places in Loni stay crowded with people during these occasions, all of them engrossed deeply into the excitement of these celebrations. Some of the most popular festivals celebrated in Loni include Shiv Ratri, Holi, Ram Navami, Janmashtami, Nag Panchami, Dusshera and Diwali.

Tasty south Indian dosas, mouth-watering North Indian chats, sweet halwai desserts to spongy baked delights – all are served at the most favorite food joints in and around the city of Loni. The food hubs at the shopping malls and the restaurants in Loni feature an exhaustive range of the delicious foods belonging to a wide variety of cuisine, both Indian and Continental.

How to Reach Loni 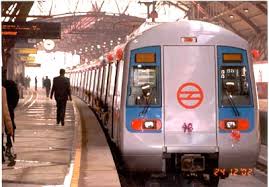 An extensive network of railways and roadways, along with the updated facility of the Delhi Metro has made Loni easily reachable from near and far. The Indira Gandhi International Airport is positioned within an hour’s drive of the Loni city whereas the Noli Railway Station is located in the town. Other railway stations situated nearby Loni are the Ghaziabad Railway Station and the New Delhi Railway Station. UPSRTC buses, DTC buses and private buses operating along the numerous routes from the Anand Vihar Terminal, Raj Nagar and the ISBT bus station at Kashmiri Gate, also connects Loni to various important locations in and around.